Welcome back to another week of me giving an update on my recent reading, from my finished reads, to my current ones, and even my plans for my next reads.

So, what I didn’t expect last Wednesday was to have the first couple hours of my work day free. My update for where I was with Wicked Saints was based on my average percentage read each of the previous days at work. That’s why I said that I thought I would be around 60% finished when last week’s post went live. But that ended up being a lie. I had actually finished Wicked Saints. I definitely plan on writing up my review soon, but I may wait a couple more weeks before I post it on here. 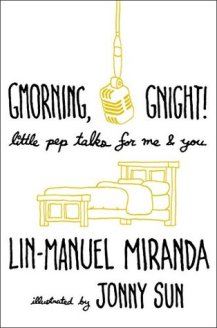 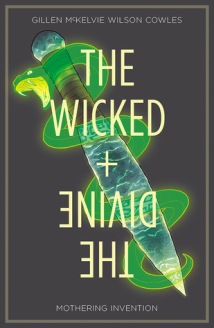 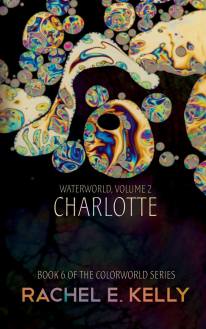 I also managed to read Gmorning, Gnight: Little Pep Talks for Me and You by Lin-Manuel Miranda, My Hero Academia Vol 16 by Korei Horikoshi, and The Wicked + the Divine Vol 7 by Kieron Gillen and Jamie McKelvie. Oh, and I finished my read-through of Waterworld, Volume 2: Charlotte by Rachel E Kelly for copy edits. I believe Rachel intends to have the book out by the end of the year, so I should also have a review up for this installment of the series out soon as well. Overall, not a bad week of reading.

As for my current reads, I was working on reading Phoenix Unbound by Grace Draven before I got so utterly consumed by Wicked Saints. But then I just felt this desire to read some Brandon Sanderson, so I picked up The Way of Kings, Part One.

One of my next reads is absolutely going to be Dragonshadow by Elle Katharine White, because I didn’t realize there was going to be a sequel until literally a few days after it was released into the world. I was obsessed with the first book, Heartstone, and gushed about it for quite some time, plus recently re-read it. Then I also think I might pick up Empire of Sand by Tasha Suri, because it sounds really interesting, plus it is one of my Diverse December books.

All right, well I think my reading plans for December are going to end up being quite impressive. I’ve already passed my Goodreads Reading Challenge goal, and I don’t plan on increasing it again. Currently I’m at 132 books read–my goal was 130–and we still have a few weeks to go, and I have quite a stack of books in my December TBR still. Oh, and the last week and a half of the year I am pretty much on a lazy vacation from work so I plan to do a lot of reading.

That is all from me today, but I will be back soon with more bookish content.