I have a couple tags I’ve found to add to my post rotation to break up all the reviews a little bit, and I’m bringing back my recommendations series from late 2017-early 2018 as well. But I’m also trying to find some other fun and interesting posts to add to the blog. So for today I figured I would look back at my list of 2018 releases and select some that I have yet to read.

I was going to try and choose one book for each month of 2018, but I discovered that my November and December releases were either ones that I’ve already read…or they’re ones where I’m behind on the series, so I’m not as sad that I haven’t made it to that particular release. So I ended up choosing two extra October releases. 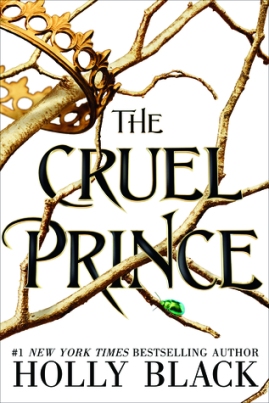 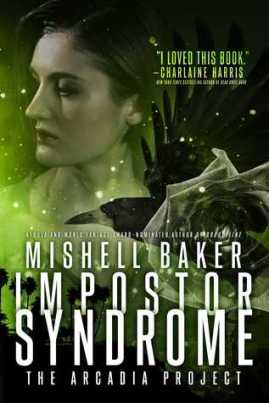 First up, let’s talk January through April. Have I had The Cruel Prince on my shelf since the week it released? Why yes, yes I have. And not just the B&N Exclusive Edition, but also the OwlCrate edition. So why haven’t I read it? I don’t know. I’ve heard great things about it, and I generally love stories involving fae and faerie. I probably just need to pick it up and read.

And what about Hamilton and Peggy! My Hamilton obsession (thanks Lin-Manuel Miranda) is massive, and I really wanted to read this book. I even put it on my TBR in February or March…but then I never got around to it. Or maybe I only read a few pages and then forgot about it. Either way, bad book reader.

Let’s not forget Impostor Syndrome. I have very much loved the diversity and complexity of the characters in this series, and this is the third and final book. I sometimes have this problem a lot though. If I enjoy a series too much then I try to ignore the last book for as long as possible so that it isn’t actually over for me. The problem is that sometimes I can wait too long and forget what happened before. So I need to just read this one and move on.

Oh, Ash Princess. I love your cover, and the story sounds interesting, and then I saw the cover for your sequel Lady Smoke, and I realized that I can’t read it because I haven’t read the first book. This book was on my highly anticipated list…and yet here it still sits, unread. 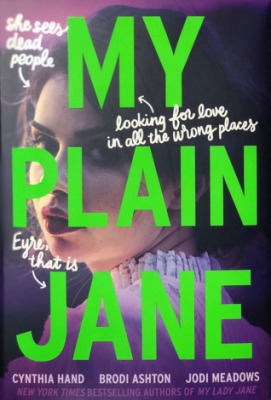 Next is May through August. Two of these books are ones that I was approved for on NetGalley. I just was an absolute failure the past couple years with getting my NetGalley reads done and reviewed in a timely manner. I’m working on it. So The Plastic Magician and Smoke and Iron, I’m coming for you…sometime in the near future, for sure. The final book in Rachel Caine’s The Great Library series is coming out in September, so I definitely need to get that read. And I don’t know when Charlie N Holmberg’s next book is coming, but they have all been quick shorter reads.

Then there’s My Plain Jane. Now, I admit that I wasn’t the biggest fan of My Lady Jane; I just didn’t really connect with the story and at times it felt a bit too absurd. But I rather like Jane Eyre, and ghosts, and I’m willing to give this series another shot. Maybe it will convince me to give the first book another go.

These Rebel Waves is also still on this list, because I am apparently great at having a bunch of books on my most anticipated list and then just not reading them after they have been released and I’ve bought myself a copy. Considering that the sequel is expected in August this year, I really should get to this one soon. 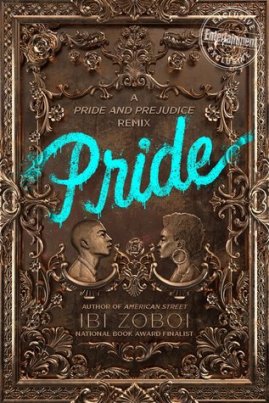 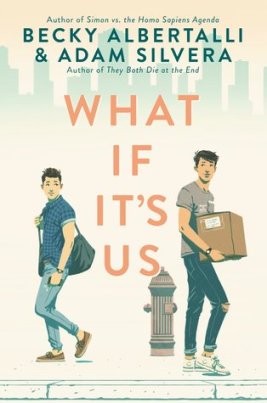 Finally, it’s September and October. Pride was one of my most anticipated, and I put it on my TBR for Diverse December, and still haven’t read it. I know this is going to be a good read, and I enjoy Pride and Prejudice, so I should try and get around to it soon.

Why haven’t I read The Boneless Mercies yet? It sounds so awesome, and as someone with a degree in English Literature, I enjoy reading these adaptations of classic novels. I won a copy of this in a giveaway by the publisher…a day after buying myself a copy, so I gifted one to my fiance. We may attempt a buddy read of this sometime this year.

Plays, assassinations, political plots…An Assassin’s Guide to Love and Treason just sounds like an adventure I would enjoy. So why haven’t I picked my copy off the shelf and read it yet? I don’t know. Maybe I just need more free time in my life.

Finally, What If It’s Us makes it on this list. I have loved every Adam Silvera book I’ve read. I’ve only read one Becky Albertalli book so far and it was good, but not great (to me–most other people rave about its awesomeness). So I guess I’m holding off because I don’t know if I’ll enjoy this one as much. Then again, possibly I could love it. I guess I just need to start reading and see what happens.

So there you have it…twelve books released in 2018 that I have yet to pick up. Are there other books that I haven’t mentioned in this post? Well, yeah, quite a few. But a lot of those are new installments in series where I’ve only read one book or something, so I’m so far behind that I’m not really sad about not being up to date on releases. Like…I still need to read Lord of Shadows, so obviously I’m not bothered that I haven’t read Queen of Air and Darkness. Or, I haven’t read Tower of Dawn yet, so of course I still haven’t read Kingdom of Ash. I’ll get around to them all eventually.

Are there any 2018 books that you’re sad you haven’t read yet? Let me know in the comments, and I’ll be back soon with more bookish content.