Seeing as how I’m currently at Gen Con, I figured it made total and complete sense to keep talking about games for my recommendations post this week. Don’t worry, I’ll be back to books with the next one, though I do have a couple other games topics to get around to in the future.

Oh, and in just a few more hours we’ll be entering the theater to watch the latest episode of Critical Role, because they have done a live show at Indy during Gen Con since 2016. The only year I didn’t go was 2017 because we only did one day in Indy on Saturday. It should be a really fun time, even though we are pretty much in the very back row of the balcony. Whatever. I still think just being in a packed theater with all the other Critters is one of the best experiences out there. The energy in the room is palpable.

Anyway, for today’s post, I’m talking about games that are not quite classic board games, but are still really fun. I won’t be including any of the games I mentioned in my Dice Games or Card Games posts. Honestly I think most of these games have a pretty nice blend of a bunch of different game elements. And I’m actually probably definitely going to do another part to this post because I only have three games on this list, but there are so many others I want to talk about. 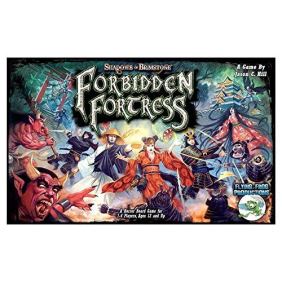 Okay, we demo played this game at Gen Con last year and it was like doing a D&D session or campaign, but without the need to have a Dungeon Master. This is the Edo period Japan core set of the game. There is a Cowboy Western themed one as well. But there are interesting character options, item enhancements, and beasts, monsters, and creatures to fight. This is not a fast game. A single session is at least a couple hours but can absolutely take four or so hours. And since you can play it multiple times in a campaign mode, this is a game with level up and replay value, which is excellent. Oh, I should also say that the core game is like $80-100, and you can also buy expansions to make the game even more entertaining and varied. 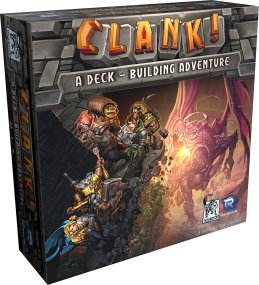 This is a fun deck-building dungeon crawl type game. The goal is to delve into the subterranean dungeon, collect a valuable piece of treasure, and get back to the surface before the dragon (or sea monster or whatever the boss monster is) wakes up and kills everyone left in the dungeon. There is a lot of strategy involved in this game and yet it is fairly easy to play. Games take roughly 30-60 minutes to play. 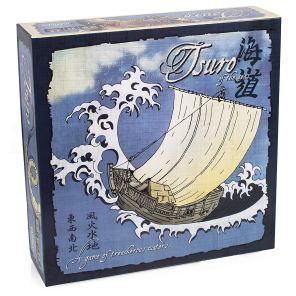 Tsuro of the Seas

This is the fastest of the three games I have to share here. It takes all of maybe five minutes to go over the rules and set it up. You can play two different ways: as a tile placing strategy game to be the last piece left on the board, or this version also allows you to add in the added complication of dragons moving around the board as well. You can easily play a game of this in 15-30 minutes.

All right, I have a lot more games to recommend, so I will do a follow up post soon. For now I’m frankly a bit tired from all the running around the convention center, so I’m going to relax a little bit before my final panel and then Critical Role Live Show.

Thanks for reading and I’ll be back soon with more bookish content.